Security in Action at the Health Care Summit

The following is a photo of Representative Paul Ryan with his top security men from this past summer:

Ryan depends on these guys for more than just protection. As shown in the picture, Paul scours their blog for political wisdom.

Ryan asked, "Would you guys take a bullet for me?"

Our response, "Oh fer sure, Paul. We'd even take a booger for ya!"

Despite some heckling from union members protesting for universal health care, the event went off without a hitch.

Fast forward to the so called Health Care Summit yesterday. I am happy to be able to congratulate Bob Belvedere of The Camp Of The Saints for noticing the otherwise unseen security risk to Paul Ryan while he spoke: As highlighted by Bob: ‘Perhaps, if I throw one of my magical, mystical boogers at Paul Ryan, he’ll STFU’.

As I have seen reported by no one but Grandpa John's, President Obama made good on his threat, but Ryan's security team leader was up to the task: 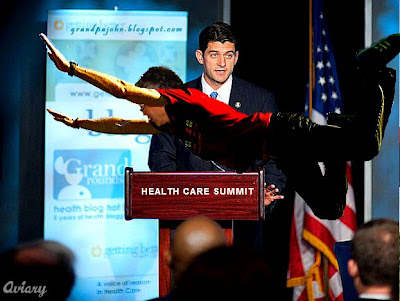 After the projectile was removed, my condition stablized in the E.R., and I was moved to the Intensive Care Unit, Representative Ryan visited and we discussed the matter. We settled on two things. One, I probably wouldn't have survived a Biden booger bullet and, two, my character will be played by Clint Eastwood in the movie.

UPDATE: Apparently, Smitty and Stacy are lobbying to play the movie roles of Ryan and Grandpa Steve. (Smitty would have to get his Navy tattoos removed... except for one... in that the movie will have no full gluteal male nudity.) Sarah Palin, Danica Patrick, and Gina Carano are also begging for the parts of sniper, limo driver, and whoop-ass martial arts chick, respectively.

No rush, guys. There will be plenty of sequels.

High security seems to run in the family: 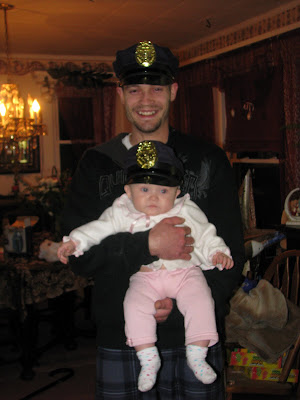