I have extremely bad news for Fishersville Mike. He states:


My son asked the magic 8-ball twice if he would marry Megan Fox, and it said "Yes."

Unfortunately, for Mike and his son, in the nearly 65 years of the Magic 8-Ball's existence, its inventors and Mattel have not been able to correct an initial glitch in the system. The Ball has difficulty in interpreting several English words. My researchers have discovered that when asked, "Will I marry Megan Fox?" the Ball's internal organs 'hear' "Will I marry a pig in socks?"

Mike, I suspect your son is destined to marry either Rosie O'Donnell or Helen Thomas. Sorry!

There have been other famous discussions with the Magic 8-Ball. For example, President Obama once asked the Ball if he would be considered 'first in thinking smarter?' The 8-Ball answered yes each time. What Obama didn't understand was that the Magic 8-Ball 'heard' 'Will I be worse than Jimmy Carter?' 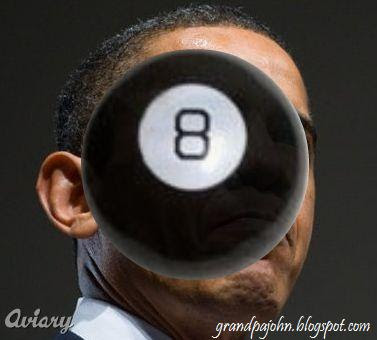