The scientists and researchers in our secret basement laboratory have been working overtime in taking up Andrew Breibart's challenge to prove that those nasty Conservative tea-bagger racist sexist homophobic xenophobic haters spat upon and hurled racial epithets at members of the Congressional Black Caucus.

We think we've found a legitimate variation of it: 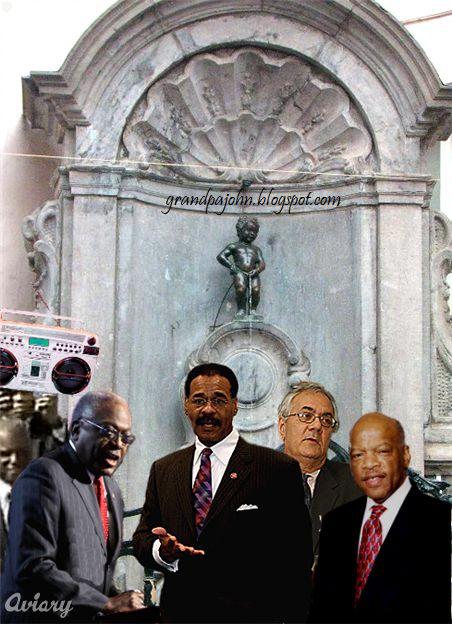 The guy with the boom box was playing Snoop Dogg and NWA rap CD's laced with racial epithets and although that little tea-bagging statue didn't spit at the group, urine is just as bad.