The war supplemental bill that recently passed the House appropriated a $75 million pork project for peanut storage in Georgia. 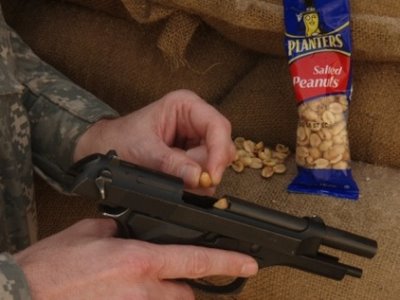 Congress believes that Global Warming has caused many Islamic Freedom Fighters to evolve peanut allergies. For those that do not, peanut protein in the bloodstream will cause anaphylactic shock and the incumbent urticaria. They also know that the salt will really hurt the wounds. That will surely bring them to dialogue for peace.

(Photo from Calvey in Iraq.)
Posted by Steve Burri at 8:49 PM